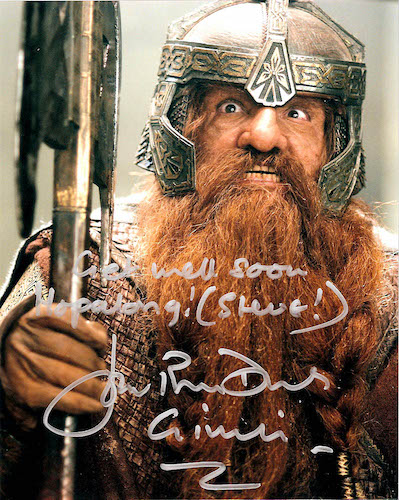 The Lord of the Rings of INDIAN WAY

The “Sir Welsh Actor” who will bring good luck to INDIAN WAY.

In October 2005, travelling in Rajasthan, I found myself in the middle of a Hollywood shooting in the Jodpur Castle. The building was not closed to tourists and the passersby mixed with the team, actors and extras, whom were working at that time. In a break I went to the chair of the actor who poses in the photo, saying he was a lot like Fernando Rey. He smiled with a “thank you very much”, and very polite he introduced himself shaking his hand tightly: “Hi, I’m John Rhys-Davies”. I apologised because I didn’t know who was him. With irony he replied. “Yes, you know me, but you have not recognized me right now: I am “Gimli” from “The Lord of the Rings”. I was stunned. 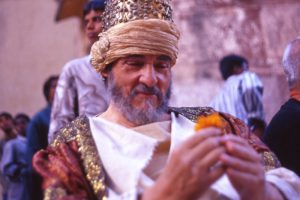 There were very good vibes with John and we talked a long time. He told me during many years he was in love with a Spanish woman (he did not disclose her name). He recalled this event while wistfully stroked a yellow flower between his hands, as witnessed the photo I made.